Why I, A Simple Coach and Athlete, Was Drawn Into This Political Fight

I originally wanted to make a series of videos regarding the triathlon and ultrarunner lifestyle, how to train for these extraordinary events, how to excel or even finish in one, and generally how to turn your body into a fortress to ward off bugs and viruses.

Recent events have drawn me into the political sphere, where we are seeing a frightening expansion of government in the name of health, and I find myself at odds with the "healthcare" industry on what true #health is. I have been and still will explain in several different blogs and threads.I noticed a good number of podcasters drawn into the political fight to, as we all know what the dire ramifications could be if we don't act. One podcaster's topic was originally men in relationships. Another one I subscribed to originally was to talk about guns, since she was knowledgeable in that topic. Both were drawn into the political fight as their topics, like mine, were related to what was going on.I know a woman who, like many others, is facing a stark choice between the frankenjuice in her arm and her job. She sounded like she was going to relent. I told her not to, because the complying will never stop. Already this country is talking about b00sters. So even after she risks he life in taking the stab, she'll face the *same* problem in 6 months. Will she comply again, and again? What else will government demand from her.It's better to face them down. I know termination of her job is on the line, but bodily autonomy is much more important than any job. She can always get another job. She cannot get another body.I hope she does the right thing in a week, her deadline for the frankenshot. Hopefully my talk can sway her to do the right thing.This is why I'm drawn into this fight. This ultimately has has an effect on everyone and since I know a lot about true health (and 12 years as a scientist), I can bring my knowledge into the ring.Look for me to be a lot more outspoken in the future as the fight draws on. 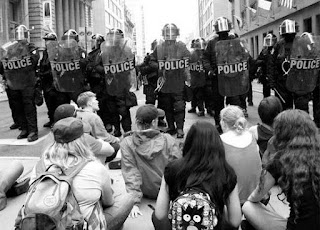