Tomorrow is the drive over to Ringwood State Forest. To whet your appetite, here are some beautiful photos of the trails there: 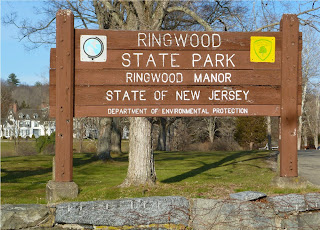 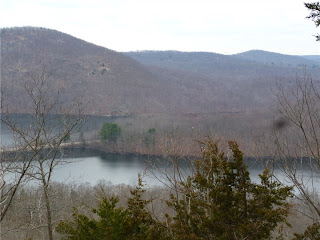 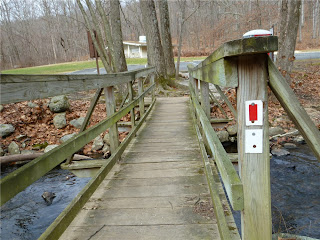 Good stuff at Ringwood. Here is also a trail map of the forest. I will have only a couple on hand; you can print this one out if you want. The link to the map's pdf file is here. We will be parking by Shepherd Lake and running from there.

It is highly recommended to bring a bottle and some energy food, since these trails can get a bit technical. That would slow us down, so the food will come in handy.

We will be shoving off by 7AM from the Eltingville bus depot (the parking lot behind it), so please try to arrive about 10-15 minutes before that time.

Posted by Coach Iron Pete at 2:33 PM No comments:

This blog aims at putting every extreme event into a short, concise schedule for people to see.

Before we get to the firm schedule, here are some developments that we are looking at:

Some people have suggested to schedule in some harder trail runs in addition to the easy paced ones we have now. I don't want to overcrowd the overall SIAC schedule, but we can maybe do one Sunday morning per month where a select group of people can run a quick 6-7 miles instead of at the easy pace. This would definitely help people in doing well in the Greenbelt Festival Trail Races in December as well as the Watchung Winter Ultras in January. In the next week, I'll schedule two Sunday trail runs where the pace will be fast.

In addition to the Sunday trail runs, I can also accommodate some weekday mornings for more personal individuals and groups. Since this will take a bit out of my busy time during the week, I do request a small fee (groups will be discounted, of course). Included with the fee will be some more detailed instructions on how to run as efficiently as possible on the trails while going at a fast pace.

Another development is for triathletes who wish to get a head start on the 2013 season. Starting in December, about twice per week, I will be setting up an area for spin classes for triathletes. This is not the typical spin class you see on those machines made for spinning; the class will require you to have a portable indoor trainer to put your normal bike on (google CycleOps if you want to get an idea of what these trainers look like or how much they cost). I will have an area cleared out for the sessions.

The classes will be intense, so also bring some energy food as well as a bottle for water. You'll definitely be needing those. If done right, you will be well ahead of a lot of other triathletes come spring when it comes to cycling fitness!

The classes run for $80 every 4 weeks (8 class package) or $20 per session (individual sessions). Let me know if you're interested so that I can put your name on the list.

That's about it. As for the upcoming schedule for siXac, here it is:

Wednesday September 19: Headlamp Trail Run - 8 miles - advanced trail runners only; will be at easy pace. Meet at Willowbrook Park, near Carousel at 7PM.

Saturday September 22: Trip to Ringwood State Park - Meet at Eltingville Bus Station before 7AM. At 7AM we shove off for Ringwood. 7-8 miles on trails. Bring water.

Sunday September 30: Full Moon Prediction Beach Run #3 - South Beach. 4 sandy miles. Keep your watch at home, and predict what pace you come in. Closest one gets the Golden Brick. Meet at Gazebo at South Beach (near the Advance Memorial Day Run Finish Line) at 7:55PM. 8PM we start the event. Remember to howl at the full moon first before you start. :-)

Watchung Winter Races - 10k, Half Marathon, Marathon, and 50k (all trail races). A good, inexpensive way to start the New Year. Only $25 for all distances. Click on the link for more info.
Posted by Coach Iron Pete at 2:40 PM No comments:

Musings About Over The Counter Drugs and Prescription Meds

Just this past weekend I came down with a pretty severe stomach ailment that caused me to get diarrhea, vomiting, and stomach cramps.  My suspicions (and some evidence) told me that I must have eaten some bad food. I have a pretty good idea where I got it too.

As a result, the bad timing also knocked me out of the Survival of the Shawangunks Triathlon on Sunday. Believe me, I tried, but the loss of over 12 pounds of water weight combines with not being capable of eating the day before had me reeling on the very first segment of the race, the bike. Vomiting only 10 miles into the ride gave me the not-so-subtle hint that I was in trouble. Climbing up 1000 feet in the last 5 miles at a virtual crawl was the clincher to ditch this thing before I really got hurt.

During this whole episode, I managed to stay away from the over-the-counter drugs that was supposed to make me "feel better".  Although my body was weak and in pain, my mind was a steel wall as always when it came to taking any sort of medication.

Please believe me when I tell you that I am not really anti-medication and that all medication is bad for you. What I am very critical about is the mechanisms in society that has us all believing that medication is the only way to go to take care of all the disorders in the world. In fact, what I DO believe is that medication should ONLY be taken as a last resort. And in those instances that medication is actually necessary, try to make it so that it is only a temporary situation.

I hold by my strong conviction that a person's body is a wondrous creation, capable of healing and fixing most of the damage he or she inflicts on it, whether through trauma or disease. Therefore, the body should be given the chance to fix the damage first. If by then a person finds evidence that the body needs a bit of help, then he or she can turn to medicine to help the body along.

The immunity system, like a muscle, needs to be stressed every so often so that it stays at 100% performance. Yet society, with the current "health care" system in place (more like "sick care" to me) has people believe that one should turn to medicine immediately when something is wrong. This is definitely the wrong approach, in my opinion.

Prescription drugs, especially antibiotics, tend to destroy the entire flora-balance (the "good bacteria") of the entire system in order to target the few "bad bacteria" that might be causing the ailment. That's like using a bazooka to kill a fly. Oh, I'm sure the fly will be dead, but you've destroyed the entire house in the process and will need time to rebuild.

Oh, and what about viral infections? You've destroyed the house, but the fly still lives (antibiotics are ineffective against viruses; that some doctors still give out antibiotics for viral ailments is, in my opinion, bad doctoring, yet it's very common in the United States).

Over The Counter (OTC) medicines are the worst of them all. Most of these tend to "relieve symptoms" of pain and discomfort. Excuse me? Those symptoms that people complain about IS their immune system actually fighting the ailment. Why would you want to SUPPRESS that? Yes, it will make you uncomfortable. Yes it might cause soreness. Yes you might not be at your fullest capacity for a day or two, but at least you know the immune system is working.

All I know that all the maladies that I've had in the past, when taking OTC medication, have taken as much as a couple of weeks to recover from. Without medication? All of my maladies, whether it be from the common cold, to this stomach ailment, have only lasted 2-3 days tops. Period. I am convinced that OTC medication, as it "relieves symptoms" suppresses the immune system and causes it to take longer for t to purge the malady.

As for me, I'm much better now. The symptoms were pretty severe, but I persevered without taking medication. It kept my body in balance and I know my immune system is stronger for it.

And feel the better person for it. :-)

Posted by Coach Iron Pete at 7:41 AM No comments: