What the heck am I thinking?

I can remember three of those 100 mile races where I was either coming in limping or walking pretty badly towards the finish line.

The 72 hour race? That was at Three Days at the Fair, where I had problem after problem keeping going after 100 miles. My feet swelled up so much that I had to run in regular sports sandals for the last 30 miles of the race. And it took me well over 6 weeks to recover from that race.

Now comes a slew of 200 mile races. And most of these are in the mountains. Oh boy...

For years it was just the Tor des Geants in the Italian Alps for a number of years This was the premier survival race of this distance.

Here is Trail Whippass and Ultimate Badass Ultrarunner Conrado Bermudez at the finish line of the Bigfoot 200, along with RD and "Sadist" Candice Burt, who also puts on the Tahoe 200 race. Not sure how he is smiling after this crazy race...


And there are probably more to come!

I can just picture myself limping badly at 100 miles...heck, I've done that several times already. But the kicker is that I'M ONLY HALFWAY THERE!

Because I'm probably thinking about doing one.

As a matter of fact, if I don't get into Western States this year, I've already made my choice of doing one next September. If I do actually get selected into this race, the nightmares will continue.

Just put me in a straitjacket right now or this might happen to me...

Posted by Coach Iron Pete at 11:05 AM No comments:

Would I do the Grand Slam of Running Again If Picked for Western States?

Now why would I want to suffer again through four more 100 mile races in 10 weeks, especially including what will most certainly be a nightmarish run at Leadville?

Maybe because it is so darned tough to do that I want to take up that challenge again? Maybe I would be one of the only few that actually finished more than one? Maybe it's because of this trophy that I earned when I finished it in 2013? 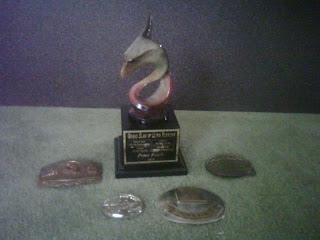 I only have about a 4% chance of getting into Western States anyway, so I'm making other plans for next year. But, a slim possibility is still a possibility, right? :-D 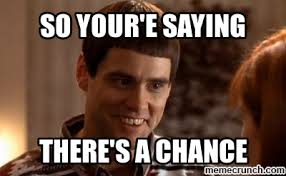 Posted by Coach Iron Pete at 2:00 PM No comments: