Hawaii Ironman Postponed Until February. How to Best Steer Clear of Cancellations and Postponements 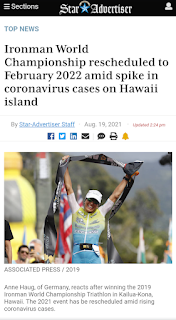 First the #NJ #Marathon got cancelled.

Now the #Hawaii #Ironman. Well, it was postponed until February next year.

I'll give you 3:1 odds that it will be cancelled on that date also, considering it's in the middle of winter, or the middle of "germ season" to more accurately put it.

I wasn't surprised at this at all. Officials there in Hawaii are of the authoritarian type, and I knew there was going to be issues with this race going off.

Now I know there will be people saying, "well, it's for overall health of the island." If that was the case the island would have been perpetually shut down up to this point because of the flu.

But, I'm not going to get into the politics of this; if they want to shut down, that's for the island's residents to decide.

The goal here is to predict which races will happen, and which will not so that one can plan during these uncertain times.

The rules on this as far as I can tell is this...

Small races are more likely to be run than large races.

Races outside of cities are more likely to be run than big city races.

Races in red states will more likely to be run than blue states.

Going by the itinerary above, Ironman Maryland and Ironman Lake Placid were out. This left Texas, Chattanooga, and Coeur D'Alene. I decided on Coeur D'Alene because it was in one of the reddest states of the union and is in a small town as well.

Despite the 100 degree heat, the race happened, and I finished.

I've been reading some comments on the Ironman Maryland page. The race is supposed to happen next month, in September, and they are sweating bullets on whether this race is going to happen. The Ironman Hawaii cancellation spooked them even more.

Considering what has been going on with this virus thing recently, I don't think the race is going off as planned. I hope, for the sake of the athletes registered for the race, that it does, but there are some major headwinds that are blowing with this race.

I'm happy I made the right choice. 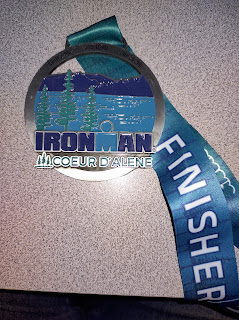 As for planning races, at this point choose the smaller, more rural races over races in the big cities. And take a look at their refund policies before registering. If they don't supply one, email the RD and get an official policy. If the refund policy is to your liking (maybe a full refund or a deferral to next year's race), then go ahead and register. Even if there is no refund or deferrals, if the race is cheap enough to enter and you're not going to get hurt if you lose money in case it cancels, then go ahead.

As for traveling for a race, this can also be done. Hotels and airlines know about the uncertainty and have instituted new policies that allows people to cancel out without penalty. This amazingly applies to airlines too. When planning my Coeur D'Alene trip, Delta's policy was that I can get a refund without any penalties, no questions asked. With my car rental and my hotels the same way, I could have cancelled the trip without costing me a cent! Just remember to read the fine print (and print it out) before making the purchase so you have everything covered.

This post is not in anyway to get you down. You can still plan your race season despite the restrictions. This blog is here to help you be more aware and more educated on your choices so that your season (and your wallet) doesn't suffer.

For advice on travel, and on races that might be more or less likely to cancel, drop me an email and I'll help you out on that front. I've been planning race trips for a long time and have adapted to the changes, even in the face of this tough spot we're going through.

Posted by Coach Iron Pete at 8:36 AM No comments:

NJ Marathon Cancelled (No Surprise) - How To Plan Races Amid Uncertainty

The New Jersey #Marathon got cancelled yesterday. This was after it got postponed from its original date in April to October. 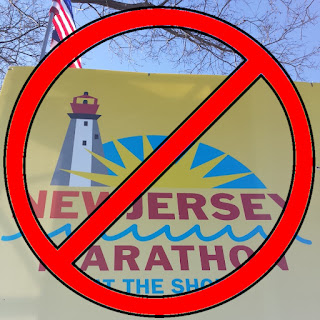 And those who registered will only get 60% of their entry fee back. Ouch.
I did predict that large races in the Northeast and on the coasts will be very iffy. An athlete client of mine was very grateful that I steered her out of doing this race. She's doing a smaller one in West Virginia instead, which is much more likely to happen.
In these uncertain times, there are ways to schedule your race season around all this uncertainty and do well. I was happy that, when Ironman Maryland cancelled last year, I was able to defer to Ironman Coeur D'Alene (Idaho, which is a red state). The race happened in June and I was successful in both planning and completing the race.
Even then, with every hotel and airfare purchase I made for the trip, I definitely reviewed their refund policies and made sure I minimized my losses in case I had to cancel the trip.
If you need some tips in scheduling your races, whether you're in the urban environment of New York, or in the Georgia countryside, we can help. This is on top of all that kickass training you need to get to the finish line of those planned races!
https://www.msn.com/en-us/sports/motorsports/new-jersey-marathon-canceled-for-2nd-year-in-a-row-after-town-opts-not-to-host-large-event/ar-AANnHvB
#gofarthersports #nj #running #fitness #health
Posted by Coach Iron Pete at 3:03 PM No comments:

Staten Island Triathlon. We Actually Had A Race in NYC.

Pictures from the Staten Island Triathlon...we actually had a race in #NYC this morning!

The key to signing up for races in this area is that the races have to be small. This race probably had a total of 200 competitors. 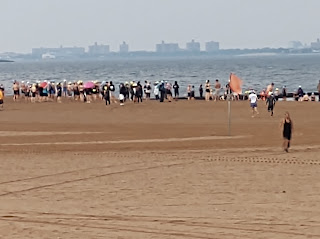 Start of the Staten Island Triathlon. 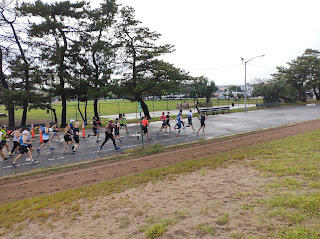 Start of the Staten Island Duathlon 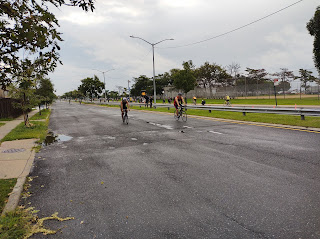 Some competitors on the bike portion 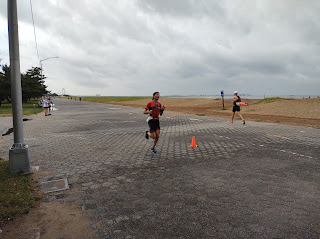 Staten Island Resident Chris Calimano coming in to the finish to with the Duathlon.

The weather was rainy for the morning, but it gradually cleared up. The roads were still slick, and I witnessed a woman slide on her bike and go down hard. She was able to continue with her race, but I positioned myself ahead of the turn afterwards to shout to the competitors to slow down for that turn. I'm glad nobody fell on that turn again.

As I mentioned before, it's preferential to sign up for smaller races in these parts. The large races, with all that is going on, can either be cancelled or the athletes made to go through Covid protocols in order to participate. Ironman Lake Placid and Ironman Maryland have such protocols, and I was lucky not to have chosen these races to defer to when Ironman Maryland was cancelled last year (did Ironman Coeur D'Alene instead).

So it was a good day for the athletes here, including a good group of friends I know who finished strong.

P.S. Go Farther Sports athlete Jess C. finished the USA Triathlon National Champs around 3:07. This was her first one. Congrats to her. If I can pull up some pictures of her from the race or even some live videos, I'll post them here. It's definitely worth it.

Posted by Coach Iron Pete at 3:47 PM No comments:

We will be at the Staten Island Triathlon Tomorrow Morning - 7:30AM

This will be a 0.25 mile swim at South Beach, 12 miles of cycling, and then 3 miles of running along the boardwalk to the finish line.

The race starts at 7:30AM tomorrow. Looks to be a fantastic day to race.

If you're local, come on down.

Posted by Coach Iron Pete at 3:30 PM No comments:

"No Frankenshot, no Partaking In "Clown World Society?" No Thanks, I'm Opting Out! A Message of Health to Young People

On my 5 mile run this morning, I was deep in thought about #NYC and their "mandate" to keep everyone out of bars and gyms who doesn't take their frankenshot. 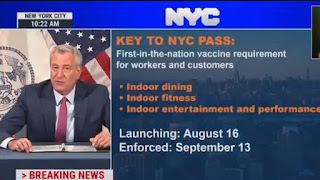 Basically their end game is to exclude those who refuse their "medicine" from society.
Well let's take a look at society the past 5 years. Clown world. A society run by feelings instead of logic. And if you throw a logical question their way, they scream, throw a tantrum, and attempt to silence you. Want to still be a part of this?
Looking deeper, this society has no more "upward mobility." Back in the 1980s, when I entered the workforce, people busted their butt because there was a chance to get rich and be well off. Tuition was reasonable, house prices were a lot more affordable, and the dollar held value. Now? The dollar is being printed to oblivion, pricing the normal person out of things that would make him or her better off.
Do an internet search on "fractional reserve" and "central banks" and see how far down the rabbit hole you can go. End game is that the government can print unlimited amounts of money, give it to their cronies (Big Tech, Pharma, etc) and can price the normal person out of their possessions. 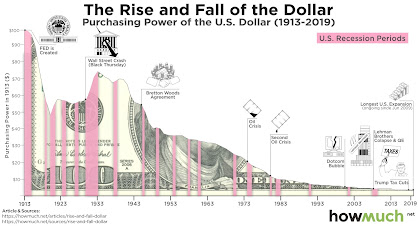 So, is contributing to this crazy society still worth risky "medicine" in the arm?
To you young people out there, I understand you already know it's bad. A lot of you are settling for video games. Yes, it's not worth the effort. You don't have to take a risky frankenshot to partake in this crumbling society.
But stand tall. When they finally kick you out of society, say, "thank you."
Young people, as well as other people in the know, will be called on to rebuild another society from the ashes of this one. Take care of yourselves by staying in shape (which I always stress and help out with as a personal trainer and coach) and divesting your savings out of the centralized currencies (dollar, euro, etc) and into tangible assets and decentralized currencies so that they cannot directly steal your hard-earned work.
And please don't be pressured to take "medicine" you don't want. This current Clown World society isn't worth the risk.
Posted by Coach Iron Pete at 11:06 AM No comments:

Stay Fit, Even When The Gym is Closed To You!

To those in New York City that are contemplating cancelling their gym memberships due to recent decisions by the Mayor, remember that you do have options to keep fit outside the gym. My parent company, Go Farther Sports, does provide home visits, sessions outside, and virtual sessions at reasonable prices. Call for a free evaluation and quote.

To those outside the NYC area that might be faced with the same decision in the future, I can definitely help with virtual sessions to keep you healthy.Don't sacrifice your health again when your fitness center is closed to you. Staying healthy and in tiptop shape is the real key to staying strong against any type of disease. Please visit www.gofarthersports.com or email me at ironpete@aol.com for more info and to get started. 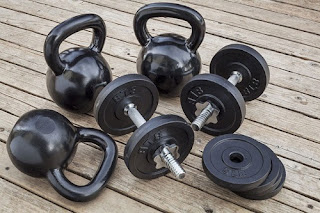 Posted by Coach Iron Pete at 11:31 AM No comments: